Have you seen this fantastic study? Completed by the University of Oxford and recognized by the USC Institute for Creative Technologies, its findings indicate that “meeting online is likely to introduce people to others whom they would not be as likely to meet through other means.”

This may seem obvious to you, after all, even simply in terms of location, the internet can introduce you to people who live in other cities and countries, and from varied time zones and cultures. Of course you will be likely to meet people you wouldn’t otherwise! But bearing in mind that the first thing you do when signing up to an online dating website like Zoosk​ is enter your location, and most websites put an initial radius cap on your location search, of perhaps 20 or 50 miles, maybe at most 100, it seems like we’re talking about more than simply location location location.

The study continues, “The Internet might well open people to more diversity in their choice of a partner, such as by introducing individuals with greater differences in age or education, but with more similar interests and values.”

Now it’s getting interesting. Surely attraction is attraction, and when we have boundaries set on the age or income of a partner, this shouldn’t change simply because we have a computer screen between us. In fact, many people would insist that they can be more picky when it comes to online dating, especially with the most popular sites such as match.com where they have such a large pool of singles to choose from.

And yet, taking education as one example, the study found that there was far more difference in education levels when couples met online, in comparison to those who met offline. This image below illustrates how the study compared the groups from various countries, including Australia. “Within each country, we compared couples in which both partners had a university degree, or who did not have a university degree, and those in which one partner had a university degree and one partner did not. The results suggest that couples who met online were more likely to have a difference in their educational backgrounds”

These findings were echoed with age, income, and other non-personality related factors. So as you can see, contrary to our popular belief, online dating actually makes you more open minded to different types of people than you would be simply cruising in a club or on the beach. But why?

One interesting factor in the study, was the idea that emotions play less of a role when online dating than when meeting people offline. “It could be that interactions online are driven more by cognitions, rather than emotions, leading people to be more attentive to characteristics important to them and less influenced by characteristics not as relevant but more embedded in their present social networks, such as age and socioeconomic status”

When we meet people offline, we immediately focus in on a few key characteristics which actually make very little difference to our compatibility. “How old are you? Where are you from? What job do you have?” These are all preliminary questions when you meet someone in a bar or through mutual friends.

On an online dating website, you are likely to read a user profile and find out about interests and hobbies, how a person describes themselves, a variety of photos which show them doing what they love as well as with friends and family, all before you’ve even said hello. Of course the location and age bracket are important, but you simultaneously receive a much wider view of who they really are. This is cognition. Rather than simply reacting emotionally to what a person looks like, and whether they “fit” with what expectations you had of the kind of partner you are looking for, you can cognitively and intellectually equate all the information you have and see whether you are a good match.

Similarly to matchmaking websites like eHarmony and EliteSingles, you are acting like a computer, taking out all the irrelevant but socially and emotionally embedded issues and focusing on what really matters, rather than what your parents might ask or your friends may think.

So there you have it, another study proving definitively that online dating has more to offer than you would think. In this case, showing that it can broaden your horizons to accept a potential romance or even long-term commitment with someone you would never have approached offline. You can’t argue with the statistics, why not give it a try?

Want to give online dating a whirl but don’t know where to begin? Brush up on your flirting skills with our guide of everything you need to know to get flirty online. 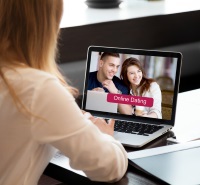 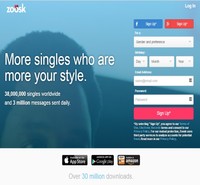 eharmony vs Zoosk: Which Dating Site Wins the Battle? 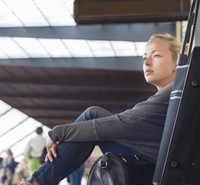 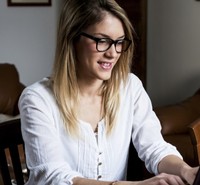